Palladium gets it Hallmark - it's official 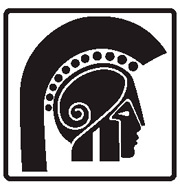 At last Palladium has now been officially acknowledged as the latest precious metal trend for the fine jewellery industry with the advent of a hallmark to guarantee its fineness. From today, 22nd July 2009, the four UK Assay Offices can mark Palladium articles with a legally recognised Hallmark, applied under an amendment to the Hallmarking Act 1973.

The interest in Palladium both within the jewellery trade and among consumers and especially ComparetheDiamond.com (formerly diamondgeezer.com) clients has grown steadily in recent years, driven by an increased demand for quality jewellery in white precious metal. Palladium, part of the platinum group metals is tarnish resistant, white and durable. It also has low density, and is less expensive than Platinum, enabling ComparetheDiamond.com (formerly diamondgeezer.com) designers to produce stunning pieces which are durable, beautiful and affordable.

Palladium is a rare and lustrous silvery-white metal that was discovered in 1803 by William Hyde Wollaston, who named it palladium after the asteroid Pallas. Palladium has been used as a precious metal in jewellery since 1939, as an alternative to white gold. Its naturally white properties mean no need for rhodium plating. It is slightly whiter, lighter and about 12% harder than platinum. 950 Palladium is more durable than white gold. Wear testing has shown a 15% longer wear ratio. Like platinum, it will develop a milky patina over time which many like. Over time palladium will show the signs of everyday wear, but the surface is easily restored to the original lustre by cleaning and polishing, a service we are happy to provide.

Given its precious, noble metal status and our complete enthusiasm for the material ComparetheDiamond.com (formerly diamondgeezer.com) are champions of palladium and support the current move to make it a legal requirement, as with platinum, gold and silver to have it hallmarked. This legislation is currently on the long route through the House of Commons and a Revised Impact Assessment is about to go back to the Ministry. If approved, the Ministry will consult with the rest of government and the trade (again).

Hallmarking has protected the consumer and ensured the U. K. jewellery industry operates exacting, high standards for over 700 years. No piece of fine jewellery can be sold as silver, platinum or gold in the UK unless it has been hallmarked (subject to certain exemptions). The palladium mark is made up of three compulsory symbols, the sponsors mark, identifying who submitted the item for hallmarking, the town mark, indicating which Assay Office tested and hallmarked the item and the fineness mark which denotes the purity of the metal alloy.