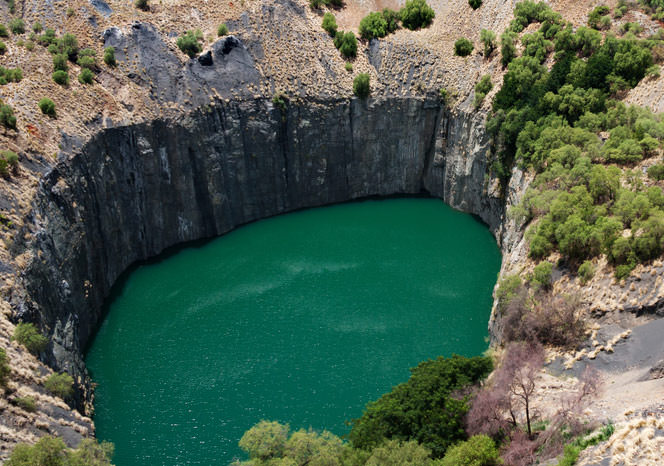 Diamonds have been in strong demand for thousands of years and our diamond history is peppered with legends and stories involving diamonds. A thousand years ago diamonds were very rare and the sight of a diamond was one of great awe, mystery and intrigue. It’s understandable that our early ancestors called them ‘Tears from the Gods’ such was the prestige of the diamond. The ancient Greeks used the name ‘Adamas’ meaning unconquerable or indestructible and it is from this word that the modern term ‘Diamond’ is derived. The imagery and associations with diamonds made the owners revered, respected and gave them divine ‘god-like’ powers. This early interpretation made diamonds a commodity of power, sovereignty and leadership which was perhaps why we plotted, fought and killed for diamond ownership.

During the 15th century an Austrian Archduke gave his partner a diamond as a symbol of his love and devotion. This gesture started a trend among Royals to use diamonds as a token of love and dedication.

During the 17th, 18th and early 19th century, the supply of diamonds was from ancient riverbeds in India and later Brazil and the supply was so small that only the super rich were able to afford them. Although gathering popularity they were still the reserve of the gentry and wealthy.

In early 1871 a significant discovery in the Kimberly region of South Africa redefined the supply and availability of diamonds forever. between 1871 and 1914 over 25 million tons of earth was removed from a single open air mine which produced 14. 5 million carats. The modern diamond industry was born and supply was becoming plentiful! The South African mines were capable of supplying enough diamonds to start a carefully orchestrated marketing campaign to sell diamonds to the world’s middle class as a gesture of love, dedication and marriage.

The De-Beers Consolidated Mines Ltd remained the market leader and controller of rough diamond supply for much of the 20th century. From 1970, significant diamond deposits in Australia, Russia and Central Africa enabled independent mining firms to become involved in the extraction of these most precious stones. With the introduction of other diamond yielding countries came competition and a loosening of a very regulated industry. Established and trusted grading laboratories like the GIA and AGS benchmarked the process of diamond reporting to a very high standard and this allowed consumers to shop with confidence.

The internet has now brought the convenience of buying diamonds and diamond jewellery to your office, study, lounge or living room. No longer do you have to travel to far away diamond centres or tread the mine field of high street jewellery stores selling a limited range of middle to low quality stones. The average diamond selling on the UK High Street is, at the time of writing, an uncertificated ¼cts round-brilliant of I colour and P1 clarity. The average price paid for an engagement ring is just £540 [or 2% of the average cost of the wedding reception]. Now you can buy quality certificated diamonds in hallmarked platinum or gold at your convenience in a risk free and informed environment.

Conflict Diamonds and the Kimberley Process

The term Conflict Diamonds refers to diamonds that have been traded in the country of origin and their revenues have funded violent conflict and human rights abuses.

In May 2000, Southern African diamond producing states met in Kimberley, South Africa, to come up with a way to stop the trade in conflict diamonds and to ensure consumers that the diamonds that they purchase have not contributed to violent conflict and human rights abuses in their countries of origin.

In December 2000, the United Nations General Assembly adopted a resolution supporting the creation of an international certification scheme for rough diamonds. In November 2002, after nearly two years of negotiation, the efforts of governments, the international diamond industry and NGOs culminated in the creation of the Kimberley Process Certification Scheme (KPCS). The KPCS outlines the provisions by which the trade in rough diamonds is to be regulated by countries, regional economic integration organisations and rough diamond-trading entities.