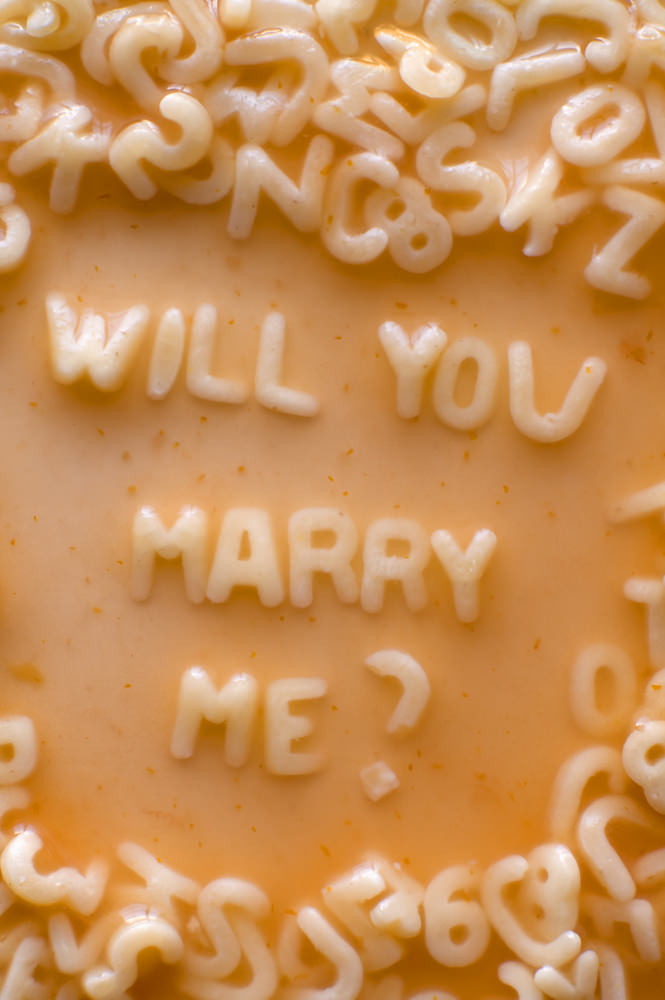 There are so many famous kinds of romantic marriage proposals as seen in popular and iconic movies. Some of the most famous and flamboyant proposals include marriage proposals ‘by air’. The main character might arrange for an extravagant helicopter flight over beautiful scenery with the words “Will you marry me?” spelled out below. Another typically clever yet rather expensive way to propose is to hire a plane to fly past with a banner popping the question. These are all rather cliché marriage proposals though, and because of the fact that these methods have been so overdone in movie culture over time, it makes them overdone and not so clever ways to propose after all. Sometimes it helps to think outside the box for something more specifically catered and appropriate to the one you love. Sometimes the most clever ways to propose are the ones that actually cost nothing at all.

Clever Ways To Propose From The Heart

Let’s take celebrity couple Chad Kroegar and Avril Lavigneas an example of this. Avril Lavigne had been previously making a scrapbook with a polaroid camera. It depicted her time spent working on an album in her studio. Chad one day took a photo of himself holding a ring box, stuck it in her scrap book and wrote ‘Will you marry me?’ inside… See, you don’t always have to shell out on blimps and helicopters for clever ways to propose. 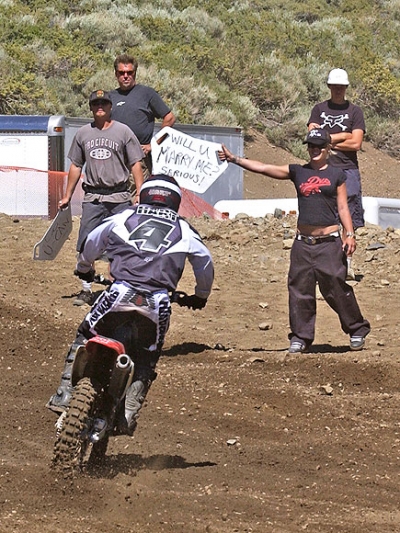 Other clever ways to propose involve hiding the engagement ring in food and drinks. There are some really sweet ways to do this: Serve her oysters and hide the ring in an empty shell, freeze the engagement ring inside a cocktail ice cube or place it inside a box of decadent chocolates. Alternatively, arrange to have a note placed inside fortune cookies when you order Chinese takeaway food or replace a takeaway pizza with a ring inside the box!

Sometimes, simple proposals like this in the more everyday, mundane side of life can often have the most impact. Non-food related proposals might involve maybe changing the wallpaper on her laptop to a picture of you holding a ‘Will you marry me?’ sign. Signs are so effortless yet so effective when used at just the right moment in everyday life. Pinkproposed to her motorcycle racer boyfriend, Carey Hartby holding up a pit-board with the words “Will you marry me?” at one of his races. Carey drove round another lap without stopping. Pink then changed the words on the sign to read “I’m serious!”

Other clever ways to propose involve calling in outside reinforcements. A great way to start your engagement with a bang is to take your girl to a fireworks display and organise for the announcer to pop the question just before the show. You don’t get much more of a magical atmosphere than watching colourful fireworks during a romantic moment.

Another really creative way to propose with outside help is to arrange for an art display beforehand. Talk to a sidewalk street artist or cartoonist and arrange for them to draw a proposal scene in chalk or a cartoon with speech bubbles that say ‘Will you marry me?’ like the man in this video. It doesn’t take an expensive trip to a tropical island for a romantic proposal, just some clever thought into your loved one’s personality…

For the perfect diamond engagement ring got to ComparetheDiamond.com (formerly diamondgeezer.com)