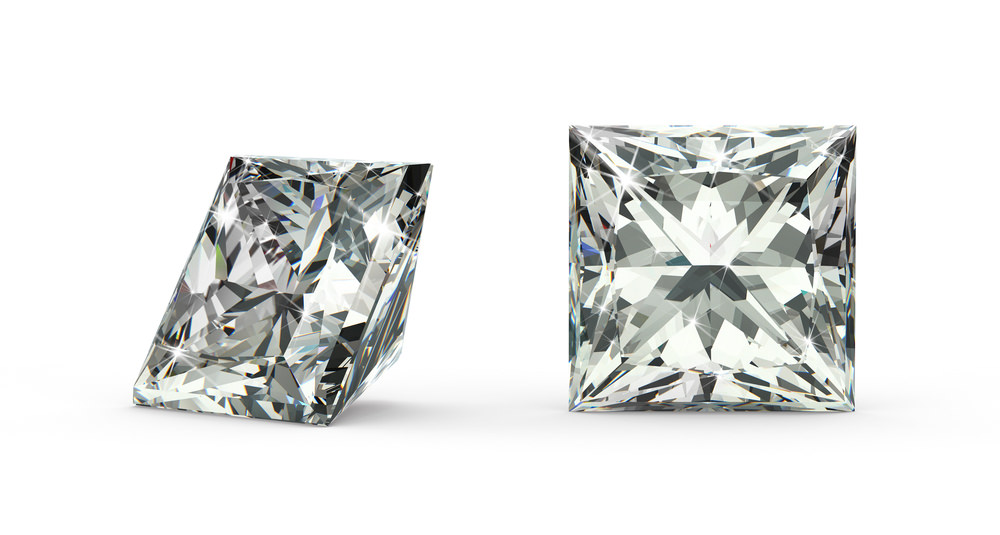 Though the Princess Cut is widely traced back to 1961 when London diamond cutter, Arpad Nagy, created a square cut that looked to compound the brilliance of the round brilliant cut, it was later in 1971, when the Barion Cut was renamed the Princess Cut, and later still in 1979 that the Quadrillion Cut was also merged into the Princess Cut approach.

The Princess Cut is an inverted pyramid shape, with 4 bevelled sides and enjoys the same high level of light dispersal as the round brilliant cut with facet levels of either 76 or 58. It’s square form also reduces the chances of shadowing and the bow tie effect and maximises the available light.

Another reason for its high popularity is that the Princess Cut creates an elongation to the finger, creating elegance and grace. Its distinctive style is perfect for non-traditional rings and items and, also for personalised designs and appears in many forms, other than wedding rings.

To talk to an expert about the most appropriate cut for you and possible design options speak to DiamondGeezer who will provide a series of Princess Cut inspirations. All designs are bespoke and rings are created by cutters with huge experience. The 30 day money back, or exchange, or tweaking service, is available on all items including personalised design so you can buy with full confidence.

All of DG Princess Cut diamonds are available in a range of styles, settings and pieces including pendants, necklaces and bracelets.