One Ring To Rule Them All: Tolkien's Inspiration 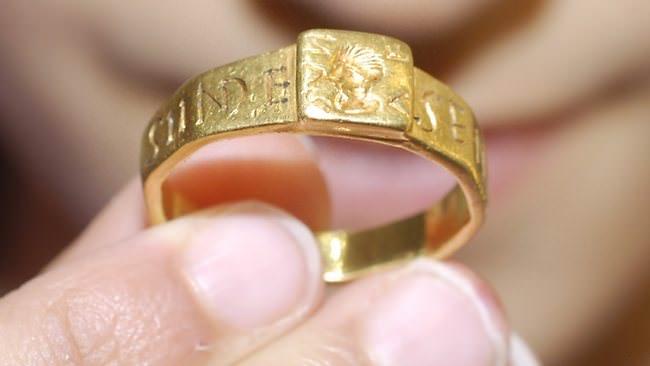 One Ring to Curse Them All

Most people as I understand it are aware of J. R. R Tolkien’s famous novel ‘Lord of the Rings’ whether it’s through his book or from watching the films. The pure genius behind the journey you are taken on as a reader, or as the audience is phenomenal. This leads to the question of how did Tolkien come up with the fantasy based around the One Ring that has become popular worldwide?

There are rumours that his inspiration came from a legend of a cursed Roman ring. It was believed to be a large yellow gold ring with ‘Senicianus live well in God’ inscribed on it. Historians believe the ring once belonged to a Roman man named Silvianus, and when the ring was stolen from him he cursed it.

Silvianus, knew the thief who was responsible and called on the god Nodens to strike him down. Sometime after the ring was first found, a tablet was excavated with the words, ‘Among those who bear the name of Senicianus to none grant health until he bring back the ring to the temple of Nodens’. Tolkien and archaeologist Sir Mortimer Wheeler made the connection between the tablet and the ring. Senicianus, it would seem did not get far before he abandoned the ring, whether that was due to the curse we can only guess.

So there is the first link between this cursed Roman ring and the ‘ring of power‘ in Lord of the Rings. The One Ring is forever trying to get back to its evil master, Sauron. In Tolkien’s tale the ring was taken by Bilbo Baggins from Gollum in The Hobbit. Gollum similarly curses Bilbo (it has little effect though).

Evidence suggests that Tolkien studied this legend about two years before writing his novel. However, while this cursed roman ring does exist and Tolkien did study the story whether or not it was his inspiration is arguable. Tolkien may have had his ideas for The Hobbit and Lord of the Rings from the cursed ring, which is now the property of the national trust and on public display, but I suppose we will never know for sure.

One Ring to Bring Happiness

The Hobbit: The Desolation of Smaug is due to be released in December 2013, and I’m sure the ring will not be forgotten. The famous inscription on Tolkien’s ring reads “One ring to rule them all, one ring to find them, one ring to bring them all and in the darkness bind them. ” I believe, however, that there is no such ring. (Yes, I am aware that Tolkien’s story is fiction but that is not my point) and instead there are many rings which possess beauty and power. Firstly they are real and secondly they are not evil or cursed, which is always a plus. For such rings I’d suggest going to ComparetheDiamond.com (formerly diamondgeezer.com). However I have selected from there range ‘one ring to rule them all’ due to its beauty. 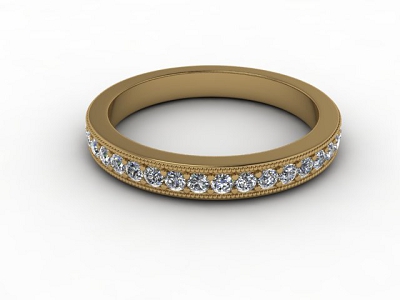 Instead of an inscription it is made up of a micro-pave band of beautiful diamonds, and instead of a curse it brings great joy. This is the one ring you really can’t go wrong with. ComparetheDiamond.com (formerly diamondgeezer.com) can also inscribe or engrave a ring with a message of your choice should you desire, all you need to do is ask.

Tolkien’s story is incredible and I expect the new Hobbit film to be as remarkable as the others, but I doubt that you’d find the ‘One Ring’ more appealing than our selection of beautiful diamond rings perfect for any occassion.