Conflict Diamonds and the Kimberley Process 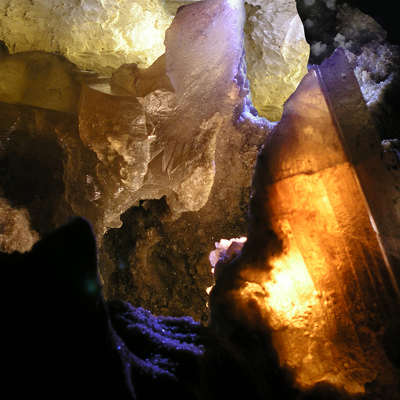 The term Conflict Diamonds refers to diamonds that have been traded in the country of origin and their revenues have funded violent conflict and human rights abuses.

"The diamonds on this site and those that we sell have been purchased from legitimate sources not involved in funding conflict and in compliance with United Nations resolutions. We, ComparetheDiamond.com (formerly diamondgeezer.com) hereby guarantee that these diamonds are conflict free, based on written guarantees provided by the supplier of our diamonds" 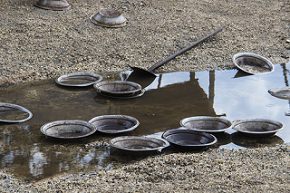 The knock-on effect is catastrophic; many of the diamonds officially mined in West Africa are cut in India where 700, 000 people work in the diamond cutting and polishing industry, each one of those workers has an average of ten dependants. So another 7 million people would be directly affected if the sensationalism of certain press reporting doesn't tell the whole story. It's not WHERE THE DIAMONDS COME FROM that matters, its how they are mined and whether they are mined officially. The KIMBERLEY process ensures that the diamonds are mined officially and is instrumental in improving conditions for the mining families. At the time of the wars it is estimated that 4% of diamonds coming out of Africa were funding the atrocities. 8 years later the wars are over and it seems that ?% of diamonds are smuggled and miss the Kimberley process. Most cultures have a history which contains ghastly wars with vicious cruelty and shocking examples of man's inhumanity to man. Mining is a messy business, whether its coal, diamonds, platinum, copper, tin etc. With continued production and good management the official revenues received by these mines will fund improvements to working conditions as happened in our own coal industry. 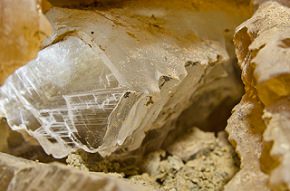 If you still feel it's right to boycott all diamonds from West Africa then you must scrap your car and all the white and brown goods in your house to be true to your principles, because they all contain materials that have been mined in less that perfect conditions. Remember only continual revenue into poor mining areas can improve conditions, it is happening, humanity is moving forward.

In May 2000, Southern African diamond producing states met in Kimberley, South Africa, to come up with a way to stop the trade in conflict diamonds and to ensure consumers that the diamonds that they purchase have not contributed to violent conflict and human rights abuses in their countries of origin.

In December 2000, the United Nations General Assembly adopted a resolution supporting the creation of an international certification scheme for rough diamonds. In November 2002, after nearly two years of negotiation, the efforts of governments, the international diamond industry and NGOs

culminated in the creation of the Kimberley Process Certification Scheme (KPCS). The KPCS outlines the provisions by which the trade in rough diamonds is to be regulated by countries, regional economic integration organisations and rough diamond-trading entities. The KPCS imposes stringent requirements on all Participants to guard against conflict diamonds entering the legitimate trade.

Participants are required to implement internal controls, as outlined in the KPC. document, and all shipments of rough diamonds must be accompanied by a Kimberley Process certificate. The requirements for participation are outlined in Sections II, V (a) and VI (8, 9) of the KPCS. Participants can only trade with other Participants who have met the minimum requirements of the certification scheme. While each Participant is required to implement the Kimberley Process in their respective territories, sharing information and insight is an integral part of making the certification scheme work. Annual Plenary meetings are held to give Participants the opportunity to converse with one another and with industry and civil society members to improve the effectiveness of the regulatory regime.

Participants, industry and civil society representatives work together in Working Groups - Monitoring, Statistics, Diamond Experts - and Committees - Participation Committee and Selection Committee - to ensure that the integrity of the certification scheme is upheld and that the Kimberley Process moves closer to stopping the trade in conflict diamonds. 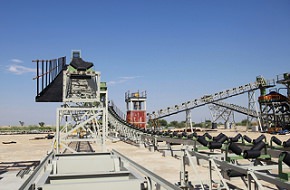