How to get him to propose? 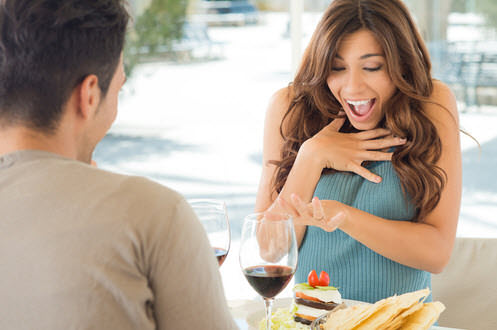 How to get him to propose?

Desperately anticipating your partner to hurry up and propose can be a painful wait so how do you get him to propose, to pop the question? Relationships can get to a stage of comfort and complacency, leading to a seemingly never ending limbo of girlfriend status. However it’s important not to pressure your man into marriage too strongly, or else this can just add to his possible fear of commitment more and simply make you come across as pushy.

On the other hand however, it is important to make sure your partner knows your intentions, your feelings and your wishes about the relationship. Talk about your hopes and dreams for the future, not just babies and mortgages necessarily but fun things like future adventures and holidays. Just be sure not to make this a daily habit…

Alternative Proposal ideas, plan frequent days out and dates with each other perhaps on a weekly basis. Doing so will keep your relationship fresh, exciting and fun. This will help disperse any misunderstood feelings of a serious relationship, such as marriage, being stuffy and unexciting. 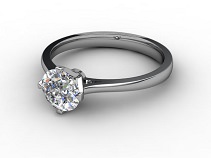 Culture in most western countries dictates that men should traditionally be the ones to propose marriage to the woman. In many other cultures, it also popularly a tradition before proposing for the man to ask permission from the woman’s father beforehand. However, European tradition also says that during leap years, women may propose instead of the man. In fact, during the 12th century, Queen Margaret actually passed a law which stated that if a man refused a woman’s proposal on leap year, he would have to give her a kiss and a new silk gown in order to compensate her rejection.

But the position of women has changed dramatically since these times – do we really still have to accept these traditional roles when it comes to marriage? These days, women proposing to men is becoming increasingly more common and less taboo than in the past. A great example of a celebrity female marriage proposal is Pink, who famously proposed to her husband, Carey Hart, by holding up a sign saying “Will you marry me?”.

If you feel it’s time to get married, easing off on the pushy hints and taking the lead in a cool and fun way by proposing yourself may just be the refreshing and rational solution to earn respect and convince your partner. This masculine men’s designer ring is perfect for a woman’s proposal.