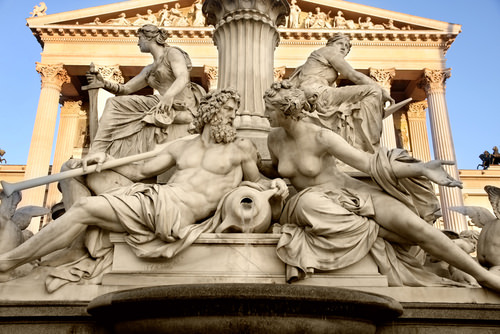 The wearing of engagement rings goes back throughout history and has roots from across the world. According to various folklore stories and history from around the world, there have commonly been deep symbolic meanings and mystical qualities involved with engagement rings in past cultures.

Where It All Began

The ancient Egyptians were one of the first cultures known to have used the engagement ring as a symbol of the union between lovers. While the wealthy used silver or gold, the common people used braided plant material as an engagement ring. In ancient Egyptian culture, the ring symbolised a never ending circle of love between a couple.

The ancient Romans were another example of one of the earliest cultures to use engagement rings. Referred to as a betrothal ring, the Romans would engrave and inscribe their engagement rings. The poorer people would propose with iron rings while the richer would use gold. A woman’s acceptance of an engagement ring during Roman times was binding under Roman law. It meant that she was officially no longer available to another man.

The Greek’s take on engagement rings was perhaps the most romantic of all. Ancient Greeks began the longstanding custom of wearing the engagement ring on the fourth finger of the left hand. According to Greek folklore, they believed that the ‘vein of love’ connected the ring finger to the heart.

In Italy, it i. documented that the wearing of an engagement ring started back in 860. Pope Saint Nicolas declared that there should be a longer amount of time between engagement and marriage. The exchange of a gold engagement ring would symbolise the man’s wealth.

The history of diamond engagement rings dates back to the 15th century. Records state that the Archduke Maximillian of Hamburg was one of the first known nobles to propose with a diamond ring to Mary of Burgundy in 1477. The Diamond Engagement Ring was not widely popular until the 20th century however, perhaps because diamonds were not so easily available before then.

Western folklore dictates that diamonds hold a number of different properties and magical powers. Diamonds supposedly contained a power that would make people fall in love. This legend was also common in stories of Cupid, who apparently had arrows with tips laced with diamonds. Therefore, diamonds made a perfect symbol for love, romance and marriage.

Sapphires also have a place in folklore and engagement ring history. They have a deep, spiritual association in ancient folklore. In Greek culture for example, Sapphires were believed to possess a power which helped fight evil thoughts and lead to a spiritual life. When sapphires have been used in engagement rings however, they have represented a strong symbol of love, truth and commitment.

According to folklore, a sapphire’s colour was believed to change if worn by an unfaithful or impure person. During the 12th century, it was common for returning crusaders to give their wives sapphire rings to test their fidelity. This associated belief with sapphire rings has only added to it’s symbolisation of loyalty and commitment when used as an engagement ring.