Celebrity Gifts That Take Your Breath Away 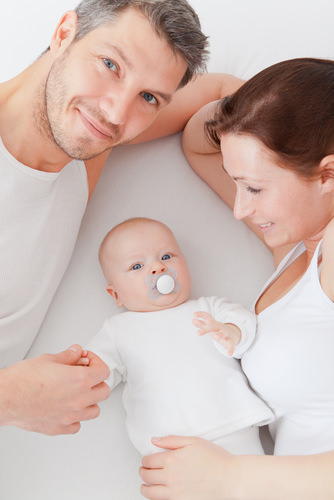 Gifts for New Mums Receives the Royal Stamp of Approval

The art of buying celebrity giftsis not just for the A-list stars, even royalty express their thanks and love with precious jewellery. Prince William and Kate Middleton welcomed Prince George into the world on the 22nd July and most of the world stopped to have a glimpse of the future King. The couple received many gifts and well wishes and now Prince William is looking for the perfect present to say thank you to his beautiful bride and the mother of his child.

Rumours are circling that William has enlisted the help of the Queens Jewellers to find the perfect pink diamond ring. He also wants to go one step further and have a hand in the design which is likely to have a modern setting and be versatile which will be perfect for Kate’s love of simple designs. 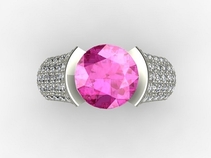 Prince William isn’t the first member of the royal family to express love and thanks through jewellery after the birth of a child. When William himself was born Princess Diana was given a medallion with William inscribed on it as well as a charm in the form of the letter W.

There have been some incredible celebrity gifts that have made headline news in the past. Push presents are thoughtful gifts given by the father as a way to mark the bringing of life into the world. They can be given in the delivery room, before the birth or several months after, it’s not the time scale that’s important, it’s the thought behind it. While most of us are often treated to a bunch of flowers or some balloons the celebrity world goes several steps further. Which of the following celebrity gifts is your favourite?

-Beyoncé received an extra-large blue Tanzanite ring from her husband, Jay-Z, after he decided to put a ring on it to celebrate the arrival of Blue Ivy.

-Jennifer Lopez was treated to custom designed diamond earrings engraved with their twin children’s initials and if that wasn’t enough Marc Anthony also showed his love and appreciation with a $2. 8 million canary yellow diamond ring.

-Eric Johnson treated his fiancé Jessica Simpson to a selection of celebrity gifts to celebrate the arrival of their beautiful daughter. Jessica received a collection of platinum bracelets and a matching necklace with a huge amethyst as well as a ring with the date of baby Maxwell’s birthday engraved on it.

-Mathew Broderick presented his wife Sarah Jessica Parker with a charm bracelet worth $6, 000 when she gave birth to their son.

-When Nicole Kidman welcomed her daughter Faith into the world via a surrogate her husband Keith Urban bought her a diamond encrusted Cartier trinity Ring. Upon the arrival of their second child she received a cross made from emeralds and diamonds from the happy dad.

-Proud father Nick Cannon decided to give jewellery to Mariah Carey after she gave birth to their twins Monroe and Moroccan. The gift was a diamond encrusted nameplate necklace that featured the names of their children in pink and white diamonds.

You don’t have to be rich and famous to give push presents, now many fathers have taken on this tradition too. Find inspiration from these extravagant celebrity gifts but find one that will suit the personality and the tastes of the amazing mother of your child at ComparetheDiamond.com (formerly diamondgeezer.com).